One man is dead. Another admits to wielding the weapon that killed him. On that, everybody agrees—but not on anything else. What led up to the killing and how it all went down? That's all lost in a confusing and contradictory mix of eyewitness testimony and personal agendas.

Is this a description of what happened in Ferguson, Missouri (a suburb of St. Louis just a few miles north of where I'm sitting as I write this), on August 9th, 2014? Well, yeah. But it's also an accurate description of the plot of Akira Kurosawa's cinema classic "Rashomon" from 1950.

The film takes its title from the great Rashomon gate of the ancient cities of Nara of Kyoto where the action takes place. Taking shelter from the rain under the gate, a woodcutter, a priest, and a commoner share their tales of the murder of a samurai and the rape of his wife by a bandit a few days before. As each one recounts his version of testimony given to the court, which includes the testimony of the wife, the bandit, and even (via a medium) the dead samurai, it becomes clear that everyone has a slightly different version of the events, and that most of them place their respective narrators in the best light. By the end of the movie it's still not clear "where the truth lies" (as they sing in "Hair") or even whether a real crime occurred at all.

"Rashomon" has been tremendously influential. There have been numerous stage adaptations, mostly notably a 1959 version by Fay and Michael Kanin that ran for six months in New York with Rod Steiger and Claire Bloom in the leads. Martin Ritt turned it into the 1964 Western "The Outrage," with a script by the Kanins and an all-star cast that included Paul Newman, Laurence Harvey, Claire Bloom, Edward G. Robinson, Howard Da Silva, and William Shatner. Argentine composer Alejandro Viñao even made it the basis for a 1996 opera.

The greatness and popularity of "Rashomon" rests, in part, on the universality of its story. The wide variability of eyewitness testimony is a recognized phenomenon in law enforcement and in psychology, for example, and the conceit of the unreliable narrator has been a central part of fiction for centuries. The novel "An Instance of the Fingerpost" by British author Iain Pears makes an especially ingenious use of the idea. 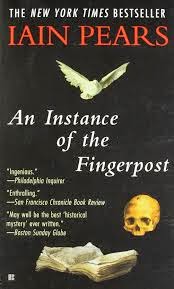 We're all unreliable narrators to dome degree because human perception does not operate like an electronic recording; the moment input from our eyes or ears hits our brain, our experience and expectations modify it. As Richards J. Heuer, Jr. noted in the 1999 paper "Psychology of Intelligence Analysis" (written for the CIA), "perception is demonstrably an active rather than a passive process; it constructs rather than records 'reality.' Perception implies understanding as well as awareness. It is a process of inference in which people construct their own version of reality on the basis of information provided through the five senses."

So the next time you see or hear somebody tell you he or she knows exactly what happened in Ferguson on August 9th, consider the lessons of "Rashomon." "It's human to lie," notes the Commoner at one point. "Most of the time we can't even be honest with ourselves... We all want to forget something, so we tell stories. It's easier that way."

It's possible that, as the official inquiries sift through the mass of contradictory evidence, we may eventually get to the truth—or at least a part of it. But there are no guarantees. Life and art imitate each other far more often than many of us realize.

Published in Chuck Lavazzi
Tagged under