The lull before the summer theatre season kicks off is upon us, but I still have some recommendations' as Chuck's Choices returns from vacation.

Circus Flora presents its new show, The Case of the Missing Bellhop through May 13. "The world-famous Balding Hotel has long been an exclusive getaway for dignitaries and nobility from around the world. A place where the staff and crew have unusual skills and where people can go about their business without many questions asked - making the hotel famous for luxury and impeccable service. But when a beloved bellhop goes missing, the Balding begins to attract attention. Secrets proliferate and questions abound! What happened to the bellhop, and who knew about it?" The show takes place at Circus Flora's new home at 3401 Washington in Grand Center. For more information: circusflora.org.

My take: Circus Flora is now firmly entrenched as a St. Louis tradition, and the decision to move their annual show from summer to spring means you can mostly beat the heat when you go (although this weekend is looking pretty summery). "The venerable Circus Flora brings fresh acts, a sparkling new lead character and a charming story with a touch of Wes Anderson whimsy to its new permanent home in Grand Center," writes Tina Farmer at KDHX. "The result is a delightfully entertaining and fun to follow along mystery that ups audience interaction as well as eliciting the usual gasps, awes and ahs." 'Nuff said; gather the family together and head down to Grand Center. 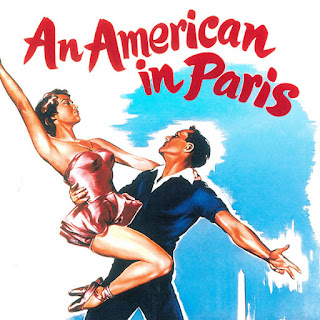 The St. Louis Symphony Orchestra presents a showing of the classic musical An American in Paris, with the score performed live by the orchestra under the direction of Norman Huynh, Saturday at 7 pm and Sunday at 3 pm, May 12 and 13. "Winner of six Academy Awards - including Best Picture - and one of the American Film Institute's Top 10 Greatest Movie Musicals of All Time, An American in Paris, stars Leslie Caron and Gene Kelly and features the timeless original music and lyrics by George and Ira Gershwin." The showings take place at Powell Symphony Hall in Grand Center. For more information: stlsymphony.org.

My take: Yes, this isn't really theatre, but An American in Paris has some wonderfully theatrical dance along with a score by George Gershwin, who was one of the great theatre composers of the last century. And it's a live performance by the St. Louis Symphony Orchestra, so I'm going to shoehorn it in here. These movie events are always great fun and there's nothing quite like hearing that film score performed by a real orchestra in a real concert hall.

Published in Chuck Lavazzi
Tagged under